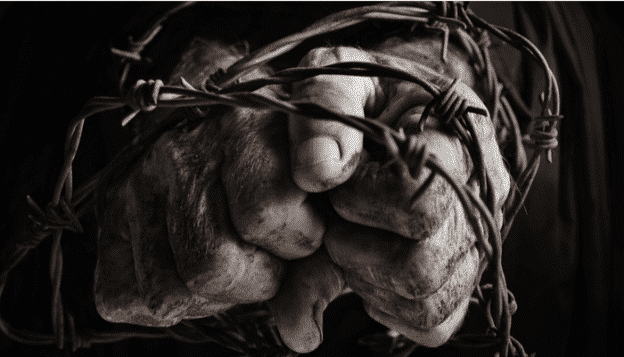 POW-MIA Freedom Car – Prisoners of War in Japan During WWII

As a joint effort between Team Johnson Motorsports, the Freedom Car drivers, and MyComputerCareer, the NASCAR POW-MIA Freedom Car hopes to bring to light all the men and women of action of this nation that have either been Prisoners of War (POW) or are considered Missing in Action (MIA).

With many public events, races, as well as the help of sponsors, veteran supporters, and a NASCAR viewership of over 75 million people, the POW-MIA Freedom Car aims to pay homage to all those who’ve undergone gruesome experiences in captivity during war or have made the ultimate sacrifice of the United States of America and for the liberty it stands to represent.

The American Prisoners of War in Japan During WWII

As part of the largest war of the 20th century, World War II, thousands of American soldiers were taken as prisoners of war. While in Europe, nearly 94,000 US soldiers were interned as POWs, in the Pacific Theater nearly 30,000 Americans were captured by the Japanese. And even though those in the Pacific were fewer, their fate was much worse than those in Europe.

Of the nearly 30,000 prisoners, only 14,473 made it back home after the surrender of Japan. Most of the men and women were captured after the fall of the Philippines and suffered some of the highest death rates in American history – nearly 27% by some accounts. The death rate among American and other Allied prisoners in Japan was seven times higher than those in Germany or Italy.

There were roughly 130 Japanese internment camps spread throughout the entirety of the Japanese Empire. All of the nearly 140,000 Allied military personnel from Australia, Canada, Great Britain, India, the Netherlands, New Zealand, and the United States were distributed throughout these camps, in Southeast Asia and Pacific areas.

Prisoners of war were routinely beaten, starved, abused and forced to work in mines and war-related factories. Everything was in clear violation of the Geneva Conventions, as it so often happens during times of war. The severity of conditions varied, depending on the camps, themselves. Nevertheless, the prisoners’ situation worsened when the tide of war turned against the Japanese.

Those stationed on the Japanese mainland, about 36,000 Allied POWs in total, were sent to supplement the workforce shortage and forced to work in shipyards, mines, factories, etc. By the time the war was over, some 30,000 POWs had died in the Japanese prisoner camps, mostly of disease, starvation, and mistreatment.

It is these American and other Allied heroes that the POW-MIA Freedom car is looking to raise awareness about. They’ve been through hell and back; the least we can do is to honor their memory and be grateful for their sacrifice and years of hardship.

To help today’s veterans trying to return to civilian life, MyComputerCareer is helping them earn certificates from key players in IT like Microsoft, CompTIA, Cisco, and EC-Council. And through our job placement opportunities, we hope to see our veteran students transition from the military to a civilian career as seamlessly and as easily as possible. Contact us today for more information!