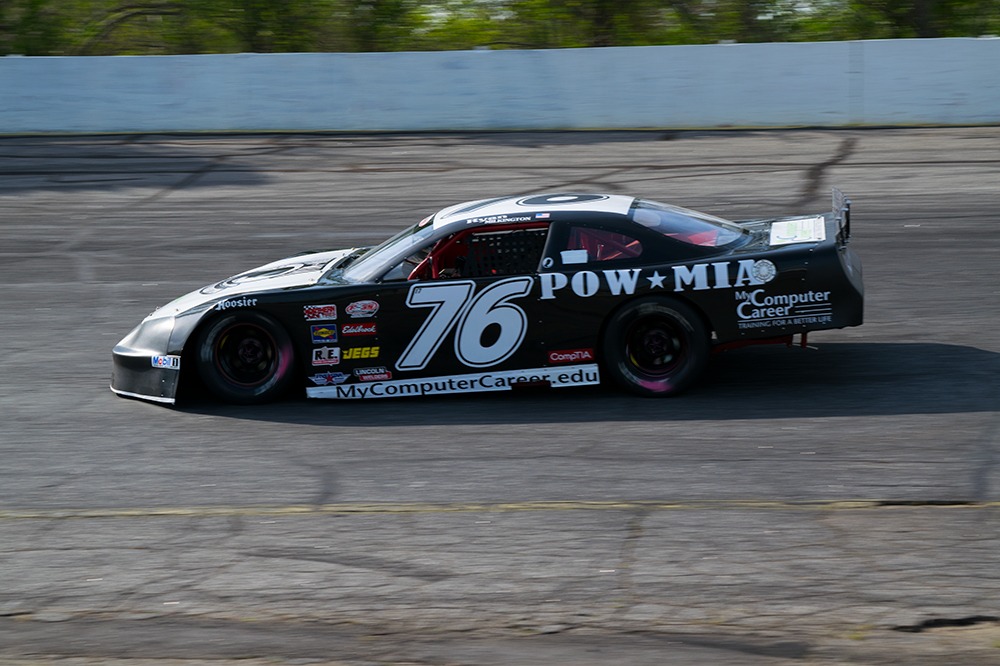 HICKORY – Hickory Motor Speedway opened its 66th season Saturday with the running of the Cosmo Motors Spring Classic, according to a press release from HMS.

Ryan Millington (76) started from the pole, but Cole Glasson (5) wasn’t far behind starting second. Charlie Watson (9) and Jake Ruggles (29) made up the second row for the start. Millington took an early lead. Glasson and Watson both challenged for the win, but Millington proved to be too strong and took the POW-MIA Freedom Car to Victory Lane, according to the release.

Ryan Millington is an accomplished 15-year-old racer from Statesville, North Carolina.  Growing up in a family with a background and love for the sport, Ryan has already been a winner on both dirt and pavement, competing in several different types of cars.

2016 found Ryan and the team concentrating on building their late model program out of their shop in Statesville, N.C. They won three times and finished second in points at Hickory Motor Speedway, and have been named NASCAR’s North Carolina State Rookie of the Year for the NASCAR Whelen All-American Series in 2016.

For 2017, Ryan and Millington Motorsports have partnered with Team Johnson Motorsports and their supporters, MyComputerCareer and POW-MIA, and Ryan’s number will change from 17 to 76 as he converts to the identical “Freedom Car” look that Team Johnson has become known for.