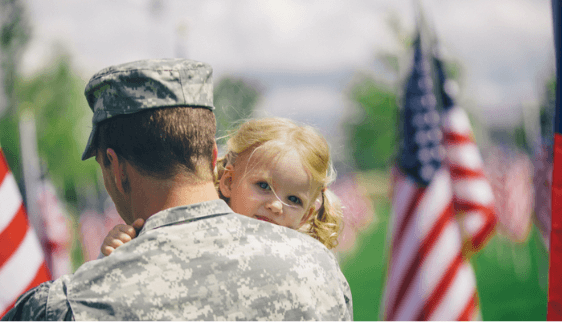 When most hear about Montel Williams, the first thought that comes to their mind is the Montel Williams Show. The show, aired nationally for over seventeen years until 2009. Montel Williams was granted the Outstanding Talk Show Host Emmy Award.

Also a New York Times bestselling author, successful entrepreneur, and philanthropist, Montel serves on the board of directors for the Ann Romney Center for Neurological Diseases at Brigham and Women’s Hospital, as well as the Fisher House Foundation. He is also a strong and passionate advocate for health, education, and veterans.

What most Americans may not know about Montel is that he is a decorated military officer. He started his professional career as part of the United States Marine Corps and served in the military for 22 years. During this time, he became the first black Marine to be selected to the Naval Academy Prep School and went on to graduate the Academy as a Naval Officer. He graduated from the United States Naval Academy with a degree in general engineering as well as a minor in international security affairs.

Military Makeover is a television show that aims to support this nation’s veterans by transforming the homes and lives of the veterans’ families. The project aims to raise awareness of the hardships they have to face once they return to civilian life. Montel describes his involvement in the project as the height of his professional career.

“In the nearly three decades since I retired from the Navy, I’ve never really taken the uniform off because standing up for those who are serving now and those who have served has been the greatest honor of my professional career.” – Montel Williams

MyComputerCareer has always looked into ways to give back to the community, mainly through their Information Technology (IT) technical training, certification preparation, and job placement support for those entering the industry or seeking career advancement.

But they are also looking to contribute their time and energy in other projects and help people all across the United States. And aside from other charitable activities and collaboration with nonprofits, MyComputerCareer is working side-by-side with Military Makeover with Montel Williams.

As their project relies solely on donations and support, MyComputerCareer sees it as an honor to take part in helping out veterans by rebuilding their homes. As of last year, in 2018, MyComputerCareer sponsored three veteran families. This year, however, they’ve decided to take it one step further and help out an additional four families.

As of January 2019, filming began with the latest family from Tampa, Florida. The Moyers family recently aired and the Middleton family will be airing soon. MyComputerCareer doesn’t just sponsor this fantastic cause, but they also send an entire team for the week to volunteer and work on the whole home project.

In addition to our involvement in the Military Makeover project, we also offer IT training programs for veterans returning to civilian life. If you are a veteran and looking to make a career in Information Technology, contact us today to receive a free career evaluation.